Anxiety is a VERY big deal so we must address it!

Since ancient times humans have sought ways to relax, to be more in the moment and to maintain and improve their physical, mental and spiritual well-being. Nowadays this has become a billion/trillion, who knows how much, industry?

Reviewing what is ‘known’ about anxiety

A recent review of 48 published pieces of work on anxiety by Olivia Remes, at University of Cambridge, concluded more women and under 35’s suffer with anxiety, they estimated ‘four in every 100 people have anxiety’, and that ‘more than 60 million people were affected by anxiety every year in the EU.’

The offerings in this BBC News article on ‘What helps’ with anxiety are outdated and do not draw on the more physiological side of ongoing anxiety, which is more current, and just makes sense anyway! Currently there is a growing obsession with the (ancient) practice of mindfulness, as if it was:

a) the only thing

There is also, yoga, meditation, affirmations, silence, using essential oils, diet and exercise, and getting up VERY early to have time to ‘be silent and still’. It goes on and on, and I have to confess that most of it I do on a daily basis to keep the anxiety in my wholes system under wraps.

Addressing anxiety in my daily life means a ‘commitment to wellness’
If I wasn’t so diligent about my body-based practices, I would find travelling around the World speaking, training and working directly with people on the effects of childhood trauma and high anxiety, much more of a challenge, to say the least! I couldn’t appear on TV, Radio, Webinars and Podcasts, or regularly have my photograph taken and would find the randomness and unpredictability of my working life overwhelming.
The review featured by BBC News, outlines how debilitating ongoing anxiety is, and links high anxiety to mental and physical illness and suicidality. What it misses, by saying’

“Globally, women were found to be twice as likely to experience anxiety as men.”

Is that many men and boys are highly anxious as well and it is a more hidden problem as so many of them feel they can’t tell anyone, or seek help as they have to ‘man up’.

We need to see the clear links between persistent anxiety, which becomes unbearable because of:
• living with a sense of dread and fear
• racing heart
• painfully knotted, restricted head, face, neck, shoulder and back muscles
• uncontrollable repetitive, irrational thinking,
• being too hot
• having bowel and digestive problems, headaches
• feeling nauseous and out of control 24/7
• craving alcohol, food, drugs, sex, food, starvation
• having to exercise to a state of exhaustion

Highlighting the seriousness of anxiety is a vital step

I am extremely glad this review of findings about anxiety has been done as it must be seen as the debilitating, life-limiting condition that it is. Not as a ‘disorder’ though, as we know that high levels of stress and anxiety in a wide range of ways will see anxiety present repeatedly in children. They are shaped in body and brain development by their earliest experiences even before conception and in accordance with the genes they are given and the experiences these genes are exposed too.
Being curious about the causes of anxiety only need us to glance at the research on early attachment to understand why it is an ever increasing problem globally in the 21st century. If we spent an average day in the life of an average child in 2016 we would see that for far too many of them what causes them anxiety is the ABSENCE OF EMOTIONALLY AVAILABLE ADULTS. It’s not much more complicated than that so let us act on this today, in this moment and change it, as we can, we really can.

Act to address anxiety – now!
I will leave you with these chilling statistics to show that it is time to become more educated and active in reducing your own and your children’s anxiety – now!

The following information is the most accurate and documented data available on psychiatric drug usage in the United States.
Anti-anxiety 0-5 Years 727,304
Breakdown:
• 0-1 Years 227,132
• 2-3 Years 282,759
• 4-5 Years 247,754
SOURCE: IMS, Vector One: National (VONA) and Total Patient Tracker (TPT) Database, Year 2013, Extracted April 2014.
I can’t find similar information for the UK but, the Council for Evidence-based Psychiatry says this,
“There have been significant rises in the prescription of other psychiatric drugs too. 10.5m prescriptions for drugs used to treat psychosis were issued in England in 2014, up from 9.7m in 2013, an increase of over 8% in just one year. There has also been an 8% rise in prescriptions for stimulants – typically used to treat children with “hyperactivity disorders” – to almost 1.2m prescriptions.” (My emphasis)

Jane’s Coaching focuses on understanding, addressing and reducing anxiety in all areas of daily life, especially parenting and caring for children. 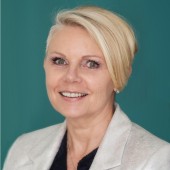 Jane is a ‘learn the hard way’ person. She has learnt from her personal experiences and her direct work with people who have often been in really bad places emotionally, relationally, practically and sometimes professionally.

All stories by: Jane Evans
Inter-generational Trauma History of a City Like Bristol
Why the UK is NOT creating a better World for children so mental illness will keep rising